When the summer started, the bright & hot sun started playing hide and seek with the turtle .The turtle had no way to protect himself from the sun rays. The turtle did not even had a good bath tub for him to swim into that and if the turtle would have tried going to the pond it would taken him the  whole summer  to reach. What a waste of time that would be!! 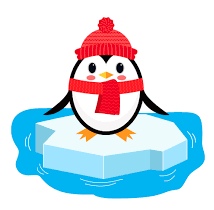 some ice from Antarctica. Penguin very happy bought lots of big icebergs for him. Turtle happily slept on them but the ice soon melted and he was again left to face the heat of sun .

Next he called his friend the frog who ran a grocery store and ordered lots of coke from him. The frog came hopping his way and delivered the coke cans to the turtle. The turtle drank all the coke in just few days. Then finally ! he called his friend the earth worm told him the problems he faced. The earthworm who lived underground in an air conditioned house took the turtle to his home and the full summer the turtle lived with the earthworm.

After a few months when the summer finished earthworm dug a tunnel to the turtle house and helped him return back to umbrella.

Moral of the story is ‘A friend in need is a friend indeed’.